How To Remove Fluoride From Tap Water

Adding fluoride in tap water to prevent tooth decay was first introduced in the state of Michigan in 1945. Following the successful outcome, it soon became the norm across the country.

However, the latest research findings make this mineral a debatable ingredient in tap water.

In this guide, we share with you some of the most effective ways on how to remove fluoride from tap water. 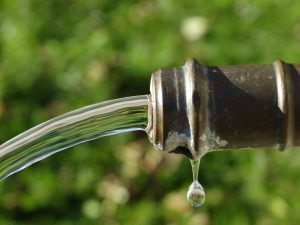 How does Fluoride Enter Our Drinking Water?

The practice of adding fluoride to drinking water started in 1945. But, the seeds of it were sown much earlier.

In the 1930s, Dr. H.Trendley Dean and his team hypothesized that adding fluoride to drinking water within safe limits prevented tooth decay.

His hypothesis found its testing grounds in the Grand Rapids city, Michigan. The 15-year project yielded results that indicated a 60% drop in the incidence of tooth decay among children who were born post the addition of fluoride to water.

Since then, fluoride has been added to drinking water supplies by municipalities across the country. Globally, 25 countries continue to fluoridate their water supplies.

Fluoride is the anionic form of the non-metal element fluorine.

It naturally occurs in soil, water, plants, air, and foods. It is also artificially produced to be added to drinking water, toothpaste, mouthwashes, and many other chemical products.

In the human body, it is found in the bones and teeth. This is why it is used in dentistry to strengthen enamel as it prevents tooth decay. People prone to cavities are often advised by dentists to use mouth rinses that contain higher than usual levels of fluoride.

Apart from these, industrially, fluoride is used in medical imaging, in pesticides, as an active constituent of Teflon, steel, and aluminum products.

Fluoride is most beneficial for the teeth within the medically prescribed safe limits. It has a crucial role in

Fluoride has a crucial role in mineralizing dental enamel to prevent cavities and tooth decay.

This has also been proved by the decrease in the incidence of tooth decay in 12-year-olds in the US, between the 1960s and 1990s, after the introduction of water fluoridation.

However, the research supporting the fluoridation of the water supply is out-dated. Since the time of the research, there have been several researches suggested fluoride might cause more harm than benefit to us.

This has made the general public look for ways to remove fluoride from tap water.

The Dangers of Fluoride

The mineral can risk bone and teeth health, cause thyroid malfunctioning, and trigger neurologic disorders besides other health issues.

Excessive consumption of fluoride can cause fluorosis of the teeth and bones. While dental fluorosis has the most impact on children who are still forming their permanent teeth, skeletal fluorosis occurs in adults after prolonged exposure to fluoride in drinking water.

What needs to be mentioned here is that skeletal fluorosis is not a product of fluoridation of water supplies as the levels are under control. It is prevalent among populations that consume groundwater high is fluoride content.

According to a study published in 2017, prenatal fluoride exposure increases the risk of cognitive impairment in newborns. Higher levels of ingestion of the non-metal were also linked to lower IQ in the same study.

Another grave impact of excessive fluoride consumption manifests in the form of over-functioning of the parathyroid gland leading to the lowering of bone calcium levels. This results in bones becoming susceptible to fractures and may even break if the fluoride consumption is further sustained.

Is Fluoridation Water Safe to Drink?

The research from the earlier part of the last century, based on which the fluoridation of drinking water was started, calls for a relook. Lifestyle and consumption trends have changed since then, and it’s time authorities revaluated the need for fluoride in tap water.

In fact, it is interesting to note that the incidence of tooth decay has no difference between countries that fluoridate and those that do not, making the argument in favor of discontinuing fluoridation stronger than ever.

How to Remove Fluoride from Tap Water?

Here are a few methods that you can use to safeguard your and your family’s health against the ill-effects of fluoride.

Fluoride, being a non-volatile impurity, is left behind in the container while the water evaporates, and the steam is collected in another container where it settles into pure water.

To distill water, you either need a distiller at home or need to set up a DIY system. Though affordable, doing this regularly is a time-consuming process.

Activated alumina is aluminum oxide in the form of highly porous spheres. Put them under a microscope, and you will see tunnel-like structures.

These tunnels make it a great adsorbent. Alumina has the characteristic of holding on to chemicals without undergoing a chemical change itself.

And by the virtue of this, it removes 90% fluoride from tap water that passes through it. However, water should be at a pH of 5-6 for fluoride to be removed.

This is why this method is best left to chemists. For households, alumina works best in water bottles, or small water filters and should be avoided as a standalone reagent for fluoride removal.

This method uses ground cattle bones, which act as the adsorbent, that removes 90% of the fluoride content. The method is best applicable when the water is slightly acidic.

It’s not a method for you if you are vegan. Neither is it a greatly recommended method to be employed at homes.

CONS
– Not meant for household usage as a stand-alone adsorbent.
– Not vegan freindly.

This method is another one of the 100% effective, safe, and sure way to remove fluoride from tap water, with a bonus of being hassle-free too.

The RO system removes fluoride besides a host of other pollutants by forcing the water through a semipermeable membrane that strips the water molecules of these contaminants.

This method removes 95% of fluoride from the water. It requires minimal maintenance. You will have to replace the filters as they near the end of their life to continue the uninterrupted supply of freshwater.

PROS
+ Efficient filtering of up to 99%.
+ Does not require frequent cleaning or maintenance.

CONS
– Being a bit bulky in size, they take up space in the kitchen.
– It can be slightly expensive depending upon the RO model and brand you choose.

This FAQ section may help you resolve any remaining questions surrounding fluoride removal and the methods suggested here.

Yes. RO systems are found to be effective against the removal of fluoride from tap water.

No. Fluoride is a non-volatile element which does not evaporate upon heating/boiling water. This is why boiling water is ineffective in removing fluoride from it.

Does Brita remove fluoride from water?

Does Pur remove fluoride from water?

Sadly, no again! PUR is also ineffective against fluoride removal from water.

Does distillation remove fluoride from water?

Yes. Distillation can remove almost all impurities from water, fluorine included. Fluorine is left behind, while pure water is collected in another vessel.

Despite its occurrence in the natural environment, fluoride poses enough health hazards to human health to raise an alarm across communities.

Its ill-effects on health, include teeth and skeletal fluorosis, malfunctioning of the thyroid gland causing wasting away of bones, and a possible link to neurological disorders.

While pressure is mounting from citizens on authorities to discontinue the fluoridation of water, till such a time, this guide on how to remove fluoride from tap water will help keep you and your family safe.

Let us know what you think in the comments below, and don’t forget to share this guide with your family and friends if you find it useful.