How to Remove Sodium From Water

Sodium is usually not considered a contaminant. It is an essential part of table salt (sodium chloride) we use every day. It has various crucial functions in the body. But too much sodium can give rise to various health issues.

The high concentration of sodium in water has become a significant issue worldwide. Groundwater being impure contains an excessive amount of sodium and other contaminants that cause health problems.

That is why we are writing this guide to teach you how to remove sodium from water effectively and enjoy pure water that tastes fresh. 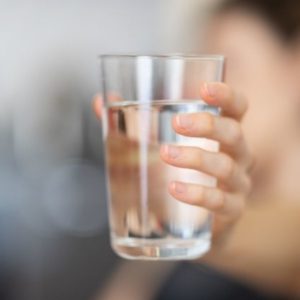 4 Effective Ways of Removing Sodium Ions From The Drinking Water

You must check the water quality by periodical testing and take steps to reduce the sodium content in water. Here are the top 4 ways to remove unnecessary sodium from soft water.

Reverse osmosis is an effective filtration system in which water passes through a membrane that lowers sodium concentration by 92-94%. The membrane filters excessive molecules in water, including sodium. The residual molecules are then flushed into the wastewater system of your house.

It stores the purified water in a small water storage tank until further use. This reverse osmosis system can be installed right at the point of water usage, for instance, in your kitchen. At present, the whole house reverse osmosis systems are preferred in most households that ensure the clean water supply across the entire house.

The water distillation system works under high temperatures. In this process, water is boiled to the temperature till it evaporates. The minerals such as sodium do not evaporate with the water because of their high boiling point. Then the steam is cooled down till it recondenses.

These distillation plants are also being installed at homes, and the most suitable place for them is the kitchen. Seated at the counter or under the sink, the water distillation system produces clean water with zero contaminants and less sodium concentration. But, they do increase the overall energy cost at your home.

These resin beads work on the principle of ion-exchange chromatography and separate cations and anions. It exchanges the positive ions with hydrogen ions and the negative ones with hydroxyl. The resulting water is free from impurities like sodium chloride.

The TSSE process was designed at Columbia university to purify hypersaline brines. It is also used to purify impure water with a heavy concentration of sodium, other salts, and contaminants such as industrial wastewater.
A mixed solvent is added to the impure water, and the solution is heated. The mixed solution (in red) is then decanted to another jar, and the clear water comes out. The process seems like a distillation system or reverse osmosis system to some extent, but it doesn’t require high temperature or high pressure like other methods.

The TSSE system works the best even at 70-degree Celcius (156 F). And this is what makes the process stands out. No high temperature or pressure and you get clean and purified water not only for domestic purposes but also for drinking.

Sodium(Na) is a mineral or a chemical element present in the water we drink and the food we eat. The chemical element is also naturally found on the earth’s crust and is the sixth most abundant natural element found on the planet. As an essential element, it contributes to human health, but excess of everything is bad. Excess sodium concentration in the human body causes various health problems.

Salts formed from sodium, such as sodium chloride, are highly soluble in water. Hence, sodium, calcium, magnesium, and other salt have been added to the groundwater from surface water by the process called leaching.

Sodium in water comes from several different sources mentioned below.

Natural occurrence: Sodium is a common element. Thus, it is naturally found in groundwater. Other than that, it also comes to water through rainfalls and erosions.

Road salt: Salts applied to the roads are washed off mostly after rain as the rainwater from roads gets mixed with the groundwater. Therefore, these road salts can be a significant source of sodium in water.

Other potential sources: Other sources that affect the groundwater quality include sewage, fertilizers, industrial waste materials, and water softener discharges.

The Symptoms & Danger of Consuming Sodium

Sodium is a necessary element of the human body that helps maintain the electrolyte balance of the body and regulates the muscular and nervous systems. But too much sodium in the body can lead to various harmful effects and severe diseases. Some of the major issues excessive sodium in the body can cause are as follows:

Hypertension: Brine solutions contain high salt concentrations. If your brine water intake is high, excessive sodium and other salts inside the body can lead to high blood pressure that stiffens and narrows the blood vessels. As a result, the flow of blood to major body organs gets decreased, and the heart takes more pressure to supply the right amount of blood.

Heart Problems and Stroke: If the excessive sodium intake is not controlled and left untreated, it may lead to the malfunctioning of the heart. Such people are at high risk of heart attacks and strokes.

Gastric Ulcers: Excess amounts of sodium can also lead to bruises in the stomach and gastric ulcers.

Kidney problem/failure: High blood pressure not only affects the heart, but if left untreated, it can also cause kidney disease.

Water filters are an effective tool to reduce the excessive amount of sodium and other substances from the water. As discussed above, filters having reverse osmosis systems and deionizers effectively reduce sodium content and produce water ready for human consumption.

There are many water filter systems commercially available in the market that work well and reduce the sodium content from the water and decontaminate it from other harmful elements such as bacteria, viruses, and protozoa, etc.

Several kinds of water filters remove sodium. Based upon functionality, you can divide them into two major types.

These filters can effectively remove sodium and other contaminants from the water. But overall capacity is low. You can not filter water for your whole household with these ones. They are mostly for individual use.

As shown by the name, these bottles offer water filtration and make it easier for you to intake pollutant-free freshwater with fewer salts concentration. These water bottles are a perfect fit during leisure time when you are enjoying outdoor activities and don’t have access to pure water.

These water filters are designed to provide clean and pure water when you are hiking or camping. At mountains and heights, it isn’t easy to have desalinated water. This portable and compact water filtration system makes sure that you intake contaminants and pollutants-free water from lakes and other water bodies.

These water dispensers are used widely in workplaces and rented rooms. Performing 2 in 1 function, they make sure the supply of desalinated and refrigerated water.

As the name shows, whole house water filters are the ones that are installed at the entrance of your house, and they pre-filter the water to ensure the supply of desalinated water that is free from all the salts and contaminations.

These filters remove not only heavy metals and ions but also other pollutants like pesticides etc. It ensures that your household is not consuming hard water or any kind of brine solution. Hard water damages not only human health but also the clothes and water pipes of the houses.

FAQs on How to Remove Sodium From Water

How do I know if my house is contaminated with sodium?

Sodium ions in the water supply alter the taste of water. This taste change is because of the presence of chlorine ions along with sodium. Once you detect a taste change, you need to get your water tested for impurities.
The environmental protection agency has TRI systems that track the amount of pollution released by industries into the land, water, air, and whole environment. By checking and tracing the nearby industries near you with this agency, you can check how polluted your surrounding and housing area is. If you discover that your surrounding water is contaminated with sodium, then it’s a clear sign that your house is contaminated with sodium.

It’s not an easy process to remove sodium from drinking water. Conventional filtration methods such as boiling do not help in eliminating sodium from the water. For desalination and decontamination of water, you must have to use advanced filtration systems whose membrane filters ensure the low concentration of sodium, heavy metals, and other contaminants.

According to their website, zero water does remove sodium from the water. It removes all the virtually detectable pollutants and the vast majority of sodium chloride (table salt) from the water and produces water that tastes fresh. As tested by NSF’s protocol, zero water ensures the freshwater intake of its users.

We have covered all the aspects in this guide on how sodium can be harmful to your health and property. Learn how to remove sodium from water using advanced water filtration techniques. Following this, you can rest assured that you will enjoy the freshwater supply with less salt content and enjoy a healthy lifestyle.