Bottled water has been in the shelf for over 2 centuries. It is easily available in supermarkets, convenient store, and even gas station. Although the price for bottled water is cheap, it is a lucrative business even big companies like Nestle and Coca Cola are producing it.

Here are some interesting facts on plastic bottled water. 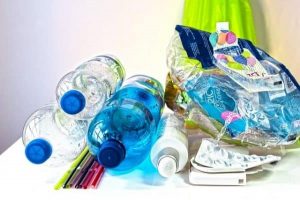 2. 3 times the amount of water is needed to produce a bottled water.

3. Americans throw away 35 billion plastic bottles, 8.6 billion gallons of bottled water every year. The purchase made each week in the U.S. could circle the globe five times.

4. Tap water has a more stringent test and regulations in Canada and the US as compared to bottled water manufacturer.

5. From the test conducted by NRDC, 33% of the bottled water was contaminated by chemicals.

6. Studies from Forbes shows that 93% of the bottled water tested around the globe contains microplastic.

7. 17 million barrels of oil is consumed to produce plastic bottles yearly. It is equivalent to the fuel for 1 million cars for a year.

8. It is estimated that a million plastic bottles are purchased globally every minute and is expected to rise by 20% in 2021.

9. 300 billion plastic bottles were sold a decade ago as compared to 500 billion in recent years.

10. According to Transparency Market Research, the global bottled water market is worth $198.5 billion. This number is set to reach $300 billion by 2024.

13. 92% of dead seabirds have ingested plastic up to 5% of their body weight. Birds, mammals, and sea turtles sometimes ingest bottle caps they encounter in the wild and are injured or die.

14. If the energy on creating bottled water was used in powering homes, it would power approximately 190,000 homes. The equivalent of about 50 million barrels of oil is used for the processing, transport, and refrigeration of bottled water every year.

15. Water stored in plastic bottles for 10 weeks contained a chemical that could disrupt hormones in the human body.

17. Only 1 in 4 plastic bottles are recycled in the U.S. while 80% of bottles in the world are not recycled. An average American used 167 water bottles, but only recycled 38 of them.

18. Bottle caps are not recyclable as they are made from a different material from the body.

20. One ton of recycled plastic will save:

Most developed countries are not able to cope with recycling trash and try shipping them aboard. While China starts shutting its door on accepting recycle trash, the trash is piling up in countries like the US, Canada, and Australia.

Plastic bottled water is really unnecessary to be part of the trash. Do your part in reducing the waste by getting your own water bottle. A decent water bottle should not cost more than $10.

If you are concern on the contaminants in the tap water in public, get a filtered water bottle to remove it.

If you are concern about plastic contamination, get a glass or a stainless steel bottle.

When the demands reduce, so goes the production and the trash. Help mother nature in reducing waste which will have a negative impact on the environment.

Check out the awesome infographic for all the 20 facts of plastic bottled water mentioned above.