How To Remove Chlorine From Water

Till almost a hundred years ago, waterborne illnesses killed
thousands of people in the US each year. Chlorine thus entered the water
treatment scene in the US in 1908 and has been used ever since, for killing
pathogens in the water.

But this is not without its dangers. Documented research proves the
ill-impacts of drinking chlorinated water. Public awareness of the issue has
increased the demand for solutions that can remove chlorine from tap water.

In this how-to guide, we share with you the different methods on how
to remove chlorine from tap water. Read on to know more. 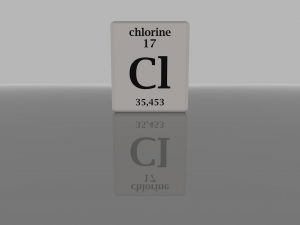 How does Chlorine Enter Our Drinking Water?

Water chlorination is considered one of the most significant public health advances in U.S. history by the Centers for Disease Control and Prevention (CDC).

Chlorine has multiple benefits when it comes to making drinking water safe and protecting us from the life-threatening dangers of waterborne pathogens.

It helps reduce disagreeable tastes and odors from water besides killing bacteria, viruses, and parasites.

It also acts against the growth of slime bacteria, molds, and algae that infest the water supply reservoirs, and storage tanks. The credit for almost zero occurrences of typhoid and cholera goes to chlorination.

Chlorine is a naturally occurring element and the list of its applications can outrun this how-to guide.

For convenience’s sake, we will keep it short and simple.

Chlorine is a green-colored gas that finds wide applications. It is used for developmental purposes like pharmaceutical products, disinfection, as a component of solar panels to space crafts. On the other hand, it can be put to some destructive uses such as a weapon during wars.

It is an essential component of compounds that are hardwired into our daily lives. These compounds find use in pool safety to plastics, agriculture to construction, healthcare to transportation, and a lot more.

The one use that concerns us most in this how-to guide is chlorine’s property of being a water disinfectant that makes municipality water safe and healthy.

Chlorine compounds have the property of busting germs. This makes them ideal to be used as an additive in drinking water, pools, and safe food production.

Without the addition of these compounds, the water flowing from the source to tap would not only carry contaminants but also would reek of the odors caused by storage tanks, and metal pipes that carry the water.

Despite the multiple benefits, chlorine has ill-effects on the human body. While some can be dealt with, a multitude of others, that manifest themselves over a period can be irreversible.

The Dangers of Chlorine

Ever since Dutch researchers discovered the presence of chloroform in tap water in 1974, hundreds of other such disinfection by-products (DBPs) have been found in water.

DPBs are formed as a result of the reaction between chlorine and naturally occurring organic matter in water.

Chloroform is known to be a potential carcinogen while other DBPs have varied ill-effects on the human body.

Here are some health effects of consuming chlorinated water.

Bad News for Gut Health: If chlorine can penetrate bacterial coatings to disinfect water, it has a similar action on the gut bacteria too. This means that chlorinated water can prove to be detrimental to gut health.

May Cause Congenital Defects: According to a study published in 2008, water disinfected with chlorine can cause congenital abnormalities in the fetus.

Increasing Food Allergies: Ever wondered why our generation suffers food allergies that our grandmothers never heard of? Though not conclusive, DPBs may be behind this.

Due to the increased usage of chlorine, we are exposed to far fewer bacteria that may be the cause of food allergies.The negative perception of chlorinated water and its subsequent replacement with alternative disinfection methods in many countries is only understandable.

Why do municipalities continue to add it to water in the US and the UK if chlorine has such ghastly effects on the human body?

Is Chlorinated Water Safe to Drink?

According to the U.S. Environmental Protection Agency (EPA) regulations, chlorine up to a concentration of 4 ppm in drinking water acts as a barrier between pathogens and the human body. It is not known to have any potential risks to human health at this level.

However, the growing awareness in recent decades around this topic has made citizens look for ways to rid drinking water of this contaminant.

How to Remove Chlorine from Tap Water?

There ought to be ways to get rid of it too if the health hazards of allowing chlorine into your system are so grave. The next section details some of the most commonly employed methods for the dechlorination of water.

Reverse osmosis renders water devoid of chlorine, chloramines, DBPs, and even heavy metals. It is one of the most common methods of removing contaminants from water.

While RO systems find use as Point-of-Use filtration systems in homes, they can also be installed at the main water supply of your house before it splits into hot and cold.

That way, you have chlorine-free water for all purposes, be it gardening, bathing, or drinking.

Effortless and gadget-free, this method makes use of the volatile nature of chlorine.  Since the chemical vaporizes easily, allowing the water to stand for, at least, 24 hours ensures that chlorine vaporizes.

Of course, this is a time taking process and can’t be put to test when you urgently need a glass of water.

That’s an expensive device to have, but is also 100% effective. It is effective against both chlorine and chloramine and is commonly used in some reverse osmosis systems as a post-filter. The former, being sensitive to light, breaks down and is destroyed to traces

The longer the exposure to UV light, the greater is the dissolution of the contaminant.

But the UV light comes with its set of problems. Firstly, it is not as widely available as other devices. Secondly, continued exposure to UV light has damaging effects on the skin.

Yes, that’s right, one chemical to combat the other.

Potassium metabisulfite, also known as K-meta, is the chemical that comes to your protection. Tablets of K-meta neutralize chlorine when dissolved in water. The chemical dissolves itself and vaporizes, leaving behind no traces during the process.

However, it requires careful handling as one tablet of K-meta is effective against 20 gallons of water. It may not also be easily available, which is one of the cons of this method.

CONS
– Needs careful handling
– The chemical may not be easily available.
– Pungent odor can be repulsive

The granular activated carbon (GAC) filter makes use of carbon’s property to absorb and remove chlorine besides many other chemicals.

GAC filters’ carbon source is organic materials such as coconut shells, coal, and wood.  The surface area increases and effectively absorbs and removes chlorine and many other contaminants from water upon heating.

These filters are available either as a point of use filters or as filters installed at the source of water before it enters the whole house. There are other variants like those that are fixed to the tap or in a filtered pitcher. The filter is equally effective in any of its avatars, with the only difference being the filter longevity.

PROS
+ Effective against the whole range of chlorine, chloramine, DBPs, and THMs
+ Unlike the other methods, it is not a mechanical method
+ Relatively long filter-life

CONS
– Except for the POU filter at the tap level, others can call for some considerable expense
– Can call for installation, if introduced at source

We believe you would still have some questions surrounding the dechlorination and the methods used to achieve it. We’ll try to answer some of the commonly asked questions about these topics in this section.

Whether a reverse osmosis filtration system will remove the chlorine will depend on the presence of a carbon block pre-filter. Such filters effectively remove 98% of all chlorine and also prevent damage to the other membranes, further down the stream

Yes. Being a volatile chemical, chlorine is evaporated upon heating/boiling water.

Yes. According to the manufacturer’s claims, all Brita filters reduce chlorine content from the water.

Chlorine is an effective disinfectant used by municipalities to provide safe drinking water to communities but its role ends once the water flows out of the tap. From there, it is a contaminant, and one should look for ways to remove it.

The ill-effects of chlorine on the human system are way too many to be ignored and ingested.

Through this how-to guide, we have tried to make you aware of the potential dangers of chlorine, and answer the frequently asked question of, ‘how to remove chlorine from tap water’.

Let us know what you think in the comments below. If you enjoyed this post and find it useful, don’t forget to share this guide with your family and friends.